Lobster bisque is one of those things that I order every single time I see it on a menu anywhere. I can’t think of a better idea for a soup than chunks of fresh, juicy lobster, seafood broth, and cream.

Speaking of seafood broth, you have to make your own. It’s so easy, so flavorful, and the payoff is BIG. Who wants a bunch of unpronounceable preservatives and whatnot in their broth if you can just DIY it at home?!

I actually made this soup because I happened to have some homemade shrimp broth on hand. I thought the complexity of making a lobster bisque using a shrimp broth could be interesting (and it was!). Don’t think I didn’t still infuse it with lobster though, more on that later 😉

Just bring a pound of shrimp shells, big chunks of celery, onions, and carrots, and fresh thyme, parsley, and bay leaves to a boil, then reduce to a simmer. 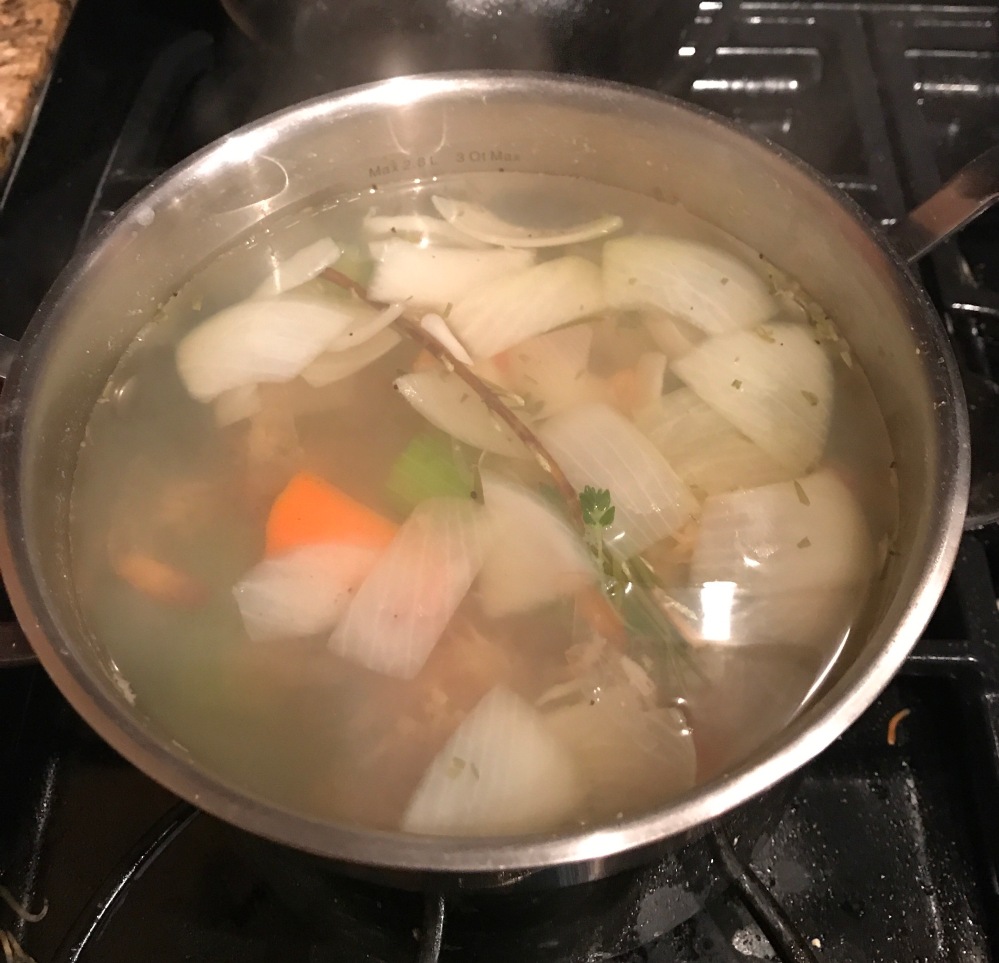 Here’s what eventually happens to this nicely concentrated shrimp broth the next day once I decide to make it a lobster bisque. (Obviously if you have the foresight to know what you’re making ahead of time, go ahead and throw some lobster tails – meat removed – in with the shrimp in the first place lolz) 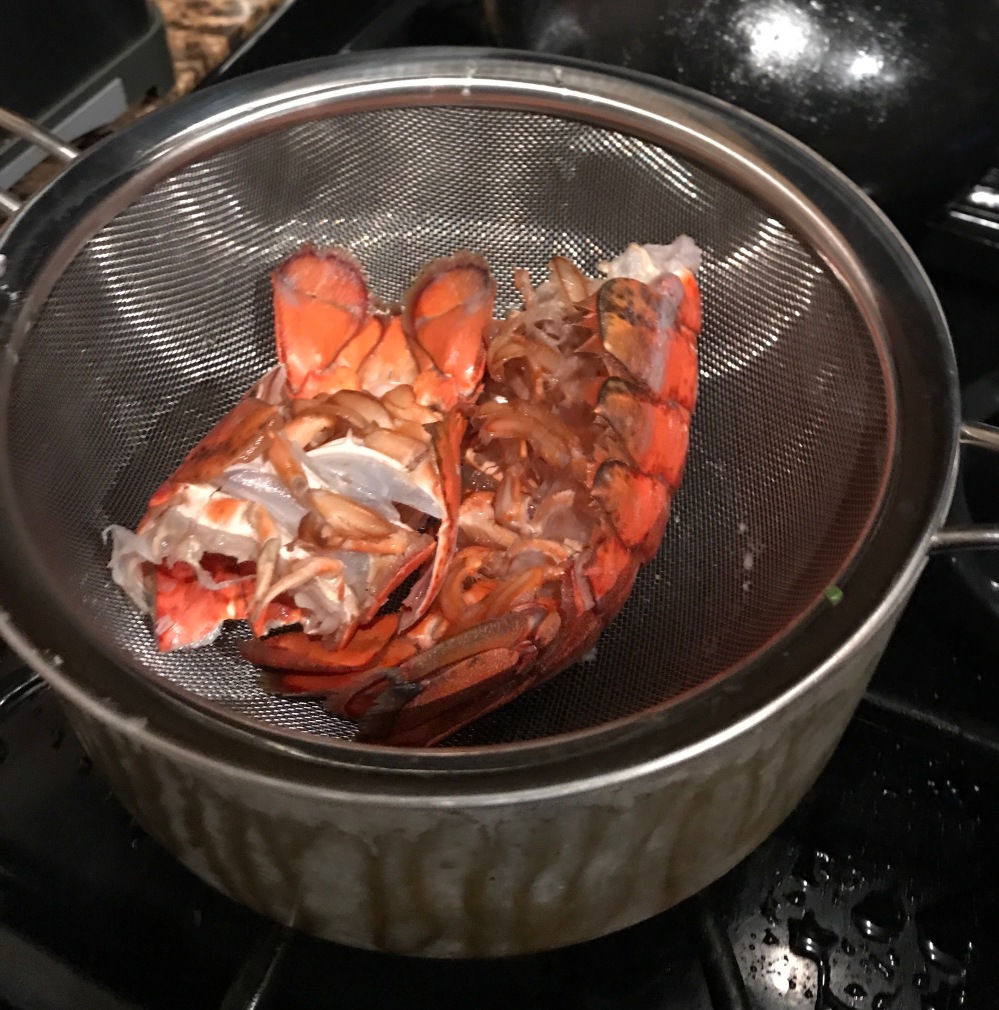 Those lobster shells? Save those for one more purpose.

Back to the bisque. Sauté some aromatics, and deglaze the pan with white wine and Marsala.

Here’s where things get wild. You’ll be adding the shrimp broth, tomato paste for color, cream, butter, and, wait for it… the cooked lobster shells! This was J’s idea because he wanted this bisque as jam packed with lobster flavor as possible.

The other kicker? Season with TRUFFLE SALT. Why? Because truffles are my favorite things, and because WHY NOT. 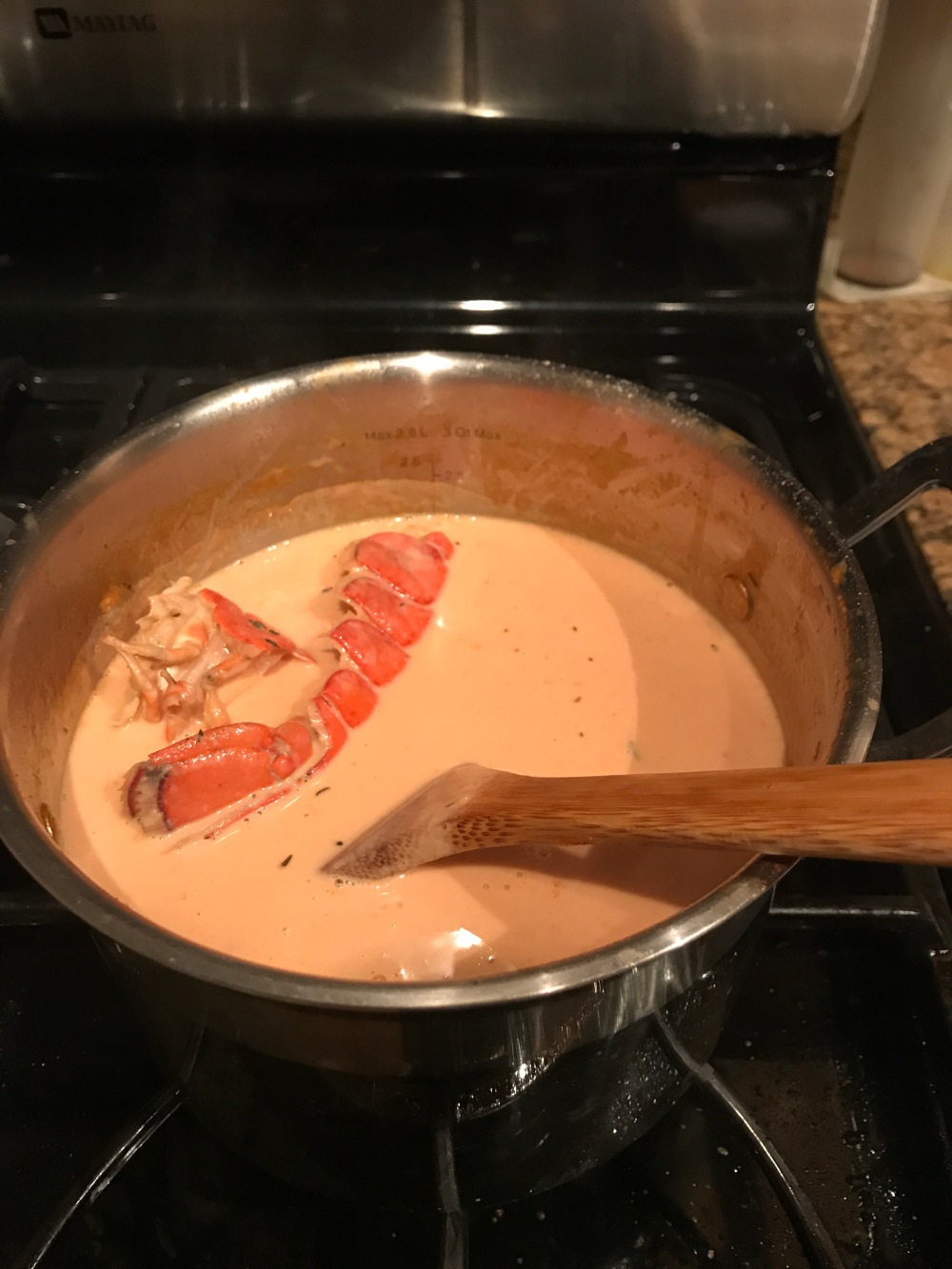 Let that soup summer and reduce down with those shells in there for awhile, and it gets SO lobstery, thick, and yummy. Throw your fresh lobster chunks in at the end (and shrimp if you’d like), and continue to simmer until that meat is cooked through. 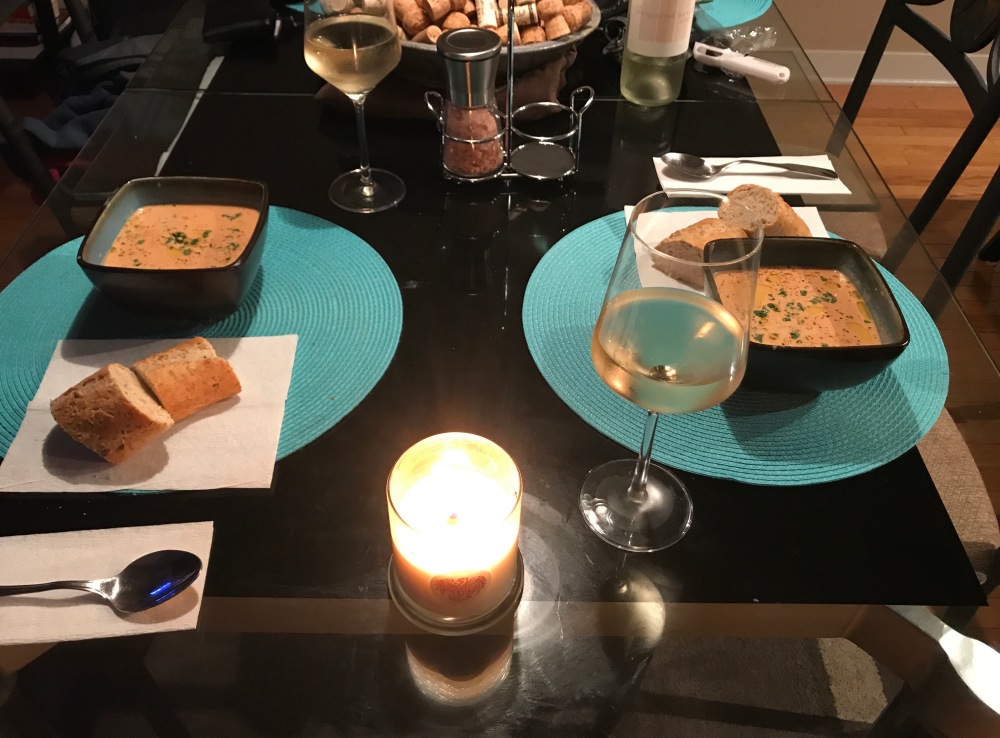 Garnish with a drizzle of truffle oil (because the more truffle the merrier in my opinion) and fresh parsley, serve with crusty bread, and dinner is ready!

1. Add the empty lobster shells to the shrimp stock and bring the liquid to a boil in a pot, then reduce to a simmer. Allow to simmer while you prepare the rest of the soup.

2. In a medium pan, sauté the shallots, green onions, and minced garlic over medium heat until aromatic (about 3 minutes).

3. Deglaze the pan with the white wine.

5. Deglaze the pan with the Marsala wine.

7. Add the shrimp and lobster stock into the pan with the wine, Marsala, and aromatics. Stir in bay leaves and tomato paste, and allow the mixture to simmer for 10 minutes.

9. Ladle the bisque into bowls and garnish with fresh parsley and drizzles of truffle oil.